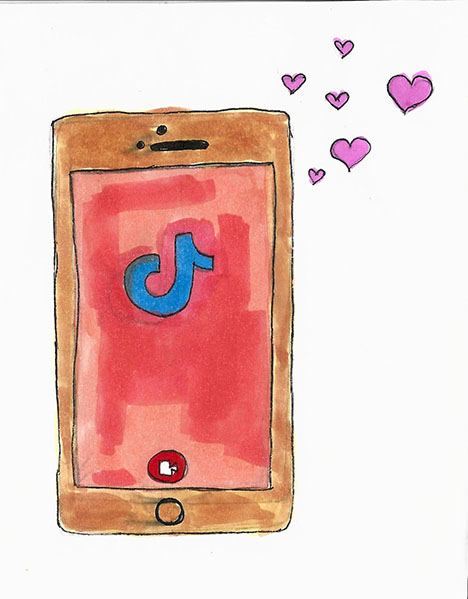 Blowing up as one of the newest social media platforms is TikTok. Originally TikTok was named Musical.ly, yet in August of 2018 the app name was changed due to new ownership and since then the app has made a name for itself. However, some do question, since when the app was named Musical.ly it was often ridiculed, if TikTok is just a knock off combination of Musical.ly and Vine. This proposition is short-sided and does not allow TikTok to be its own platform.

TikTok was not established to be compared to Vine or Musical.ly, rather it was created as just another creative outlet for people to enjoy. By calling the app overrated or criticizing it in comparison to other apps, we take away the artistic value of the app.

One may argue that since there have been apps so similar to TikTok, that the praise that this app is receiving is unnecessary, but this assertion limits the app and it’s users to the success of previous apps. We cannot allow one app to be defined by previous apps that have themselves failed.

By using apps such as Vine and Musical.ly as a comparison, the argument has already been lost considering that neither of these apps exist anymore. Therefore, looking at the huge success of TikTok and the failed attempts of these other apps proves that TikTok is worthy of the praise it receives.

TikTok is its own success and calling the app overrated discredits the achievements the platform has received. We have to accept new developments such as this app and allow creativity to be expressed freely.