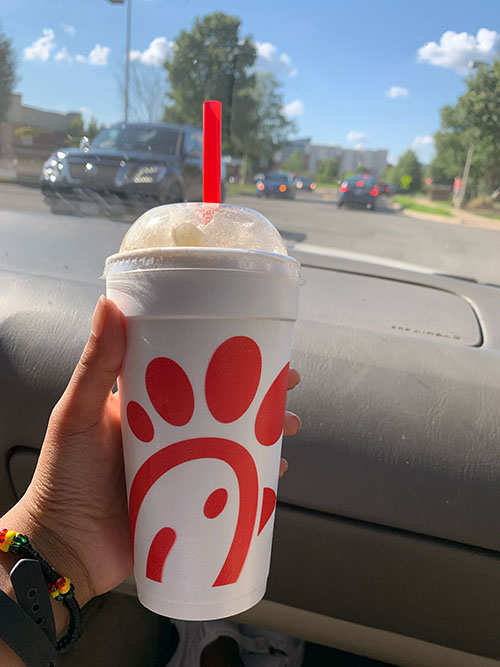 Chick-fil-A has long been receiving backlash from left-wing parties, because of their religious-based corporate decisions that usually favor right-wing ideology, most notoriously, CEO Dan Cathy’s statement about same-sex marriages. Recently, Chick-fil-A made the discussion to cease funding “religious and anti-LGBTQ+” organizations, and is receiving mixed reactions from those whom the change benefits, and those opposed to it.

I’ve done a lot of research about the Chick-fil-a scandal that involves the LGBTQ+ group and the Christian/anti-LGBTQ+ charities that they support. From what I’ve gathered, not all of those charities are “anti-gay”, however, many of them are religious-based charities.

If the charities are actively against the LGBTQ+ community, Chick-fil-A should cease donations, it’s the moral thing to do because they are discriminating against specific members of the community. We are all humans alike, and since Chick-fil-a is supposed to be a Christian foundation, from a certain perspective, it seems wrong for them to actively participate in discrimination when Christianity primarily has themes of love and support for all.

However, if they are just Christian charities meant to help the less fortunate, then there’s nothing wrong with that, as long as they are not being hateful to the LGBTQ+ community. And with the amount of backlash that the Chick-fil-a industry was getting, they had a good reason to shut down any charities due to the pressure of their possible loss in customers.

The fact that they are at least turning their heads more towards education and the homeless shows that they still want to help those who need it. They found a way to show support to the supportless without possibly offending anybody at all.

The donations they are dropping are the FCA and Salvation Army. FCA simply stated it’s beliefs about how it feels about same-sex marriage; however, the Salvation Army has been said to deny access to transgender people. That’s completely against what their beliefs should be.

It’s okay for them to have their own opinions, but they are not supposed to condemn others for those beliefs. It’s completely wrong.

We are all humans. We have our different struggles, and we have different beliefs. However, if the FCA committee didn’t directly state that it hates the community, then there is no reason for everyone to act as they do.

With Twitter’s “cancel culture” being a popular theme when notable organizations and celebrities “go against the grain”, it only seems right that the term is applied to Chick-fil-A’s reasoning behind their decision to stop supporting “religious and anti-LGBTQ+” organizations. They are tired of being on the side of the fence, caught between their chain’s and customer’s morals, facing the constant threat of being “canceled.” CFA’s decision was just a piece of candy used to shush a crying toddler and doesn’t have any precedence against actions Chick-fil-A has taken in the past or their actions to come in the future.

Initially, Chick-fil-A was very vague in their statement as well, they didn’t state specifically what organizations they wouldn’t support anymore, or the new ones they would support with their  focus now being on “education, homelessness, and hunger.”

Their decision that was supposed to be for the best and may have had good intentions only created confusion and chaos between their traditional Christian supporters, some of which are saying “Chick-fil-A is abandoning their loyal customers” to side with a group that “will never be satisfied,” and added hesitation from the LGBT+ community, who aren’t “appeased’ and want to see the chain make official efforts to protect their LGBT+ workers.

Despite their current standing CFA has said they might consider donating to faith-based organizations in the future, and more progressive views about the chain have not changed recently with San Antonio, Texas’s city council voting against a CFA in their airport, and high school students in Oregon organizing a walk-out against their school allowing a CFA food truck on their campus during football games. Nevertheless, CFA continues to be ultimately “unbothered” by the backlash on both sides, becoming one of the most successful food franchises in America.

Pro/Con: Should Students be Required to Take Exams?