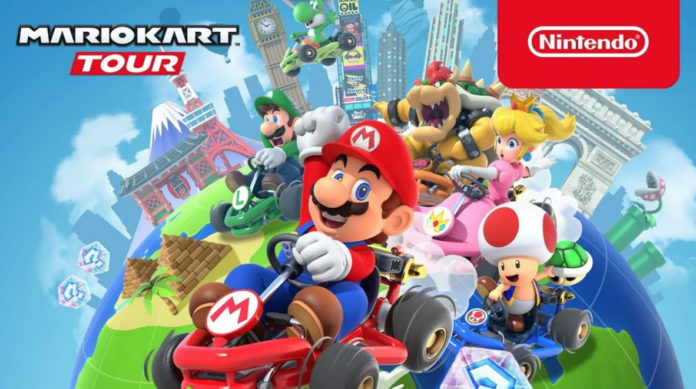 Earlier this month Nintendo put out a flash back to the past for kids born in the early 2000s. They released a new version of Mario Kart called Mario Kart: Tour.

This version was released on IOS and Android. It is a free game with microtransactions embedded in it. But you can play through the game without purchasing anything.

They currently have 20 characters and to name a few we have: Metal Mario, Dry Bones, Bowser, Koopa Troopa, shy guy, and of course there are the original characters that we all know and love like: Mario, Peach, Daisy, Yoshi, Toad, Bowser, and DK.

They have 28 maps 16 going forward and 12 reversed to name a few of the tracks we have: Mario Circuit, Koopa Troopa Beach, Shy Guy bazaar, DK pass, Dino Dino Jungle, and Toad Circuit

They also have a handful of all the power ups we know and love, such as the blue, green, and red shells. They have the red shrooms, the squid, the bombs, and bullet bill.

The gameplay is good but not the best, you have two driving modes: Drift and standard. In my opinion drift is way better and you get a lot more from the game. All the races are an 8 player race and are two laps. One of the biggest let downs of this game is that it can only be played vertical.

Other than that this game is a solid game especially with it being an IOS and Android game. It’s a great game to just start playing when you have nothing to do and want to do something mindless. I would rate this game about a 7.5/10.