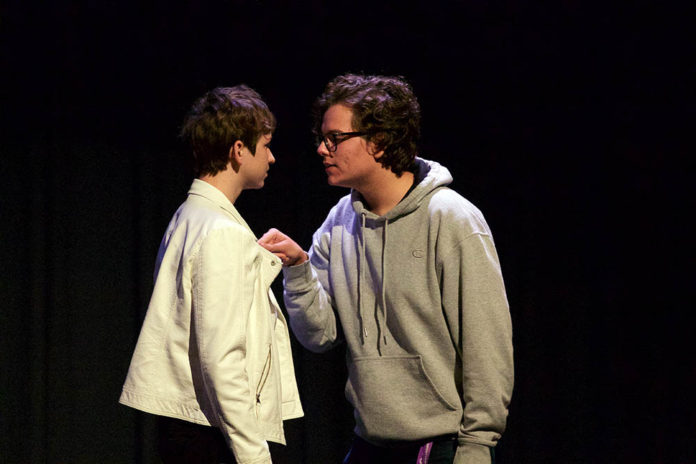 The PG Players perfected their newest play Was That You? for the Virginia Theater Association (VTA) competition for weeks. Finally on October 19th and October 20th, they got the chance to perform the play in front of judges at the conference.

“It took a lot of hard work and dedication. We wrote the show ourselves. Each word was our own,” senior Katelyn Burnell said. “Taking an idea and making it into the show we had was no easy task. Everyday for the first week we brainstormed ideas that would correlate with the subject of social media, and it’s good and bad aspects. We did many improv scenes to get a hard working plot line together.”

All the hard work paid off for the cast and one of the actors, Thaddeus Thacker, received an All-Star cast award. This means he was one of the 25 best actors out of 500 at the competition.

“It means a lot to me because this is my first competition ever for theater… acting is my dream and this means more than anything to me,” Thacker said, “I’m still not off the high yet [of performing].”

Along with the competition, students were able to take classes for their acting skills.

“They had fight choreography classes, which teach you how to fight [on stage]. They also had something to help you use your voice and just a bunch of other stuff,” Thacker said.

Colleges were in attendance as well. The students got the opportunity to look into the theater programs offered at select schools.

The competition presented other opportunities as well. There were several different schools in attendance of VTA and there was plenty of time for the Players to meet the other schools casts.

“The VTA conference opened up a lot of opportunities for me to meet and work with other talented and young actors and actresses. It was nice to see different faces in the theater realm. I would not trade meeting those people for the world,” Burnell said.