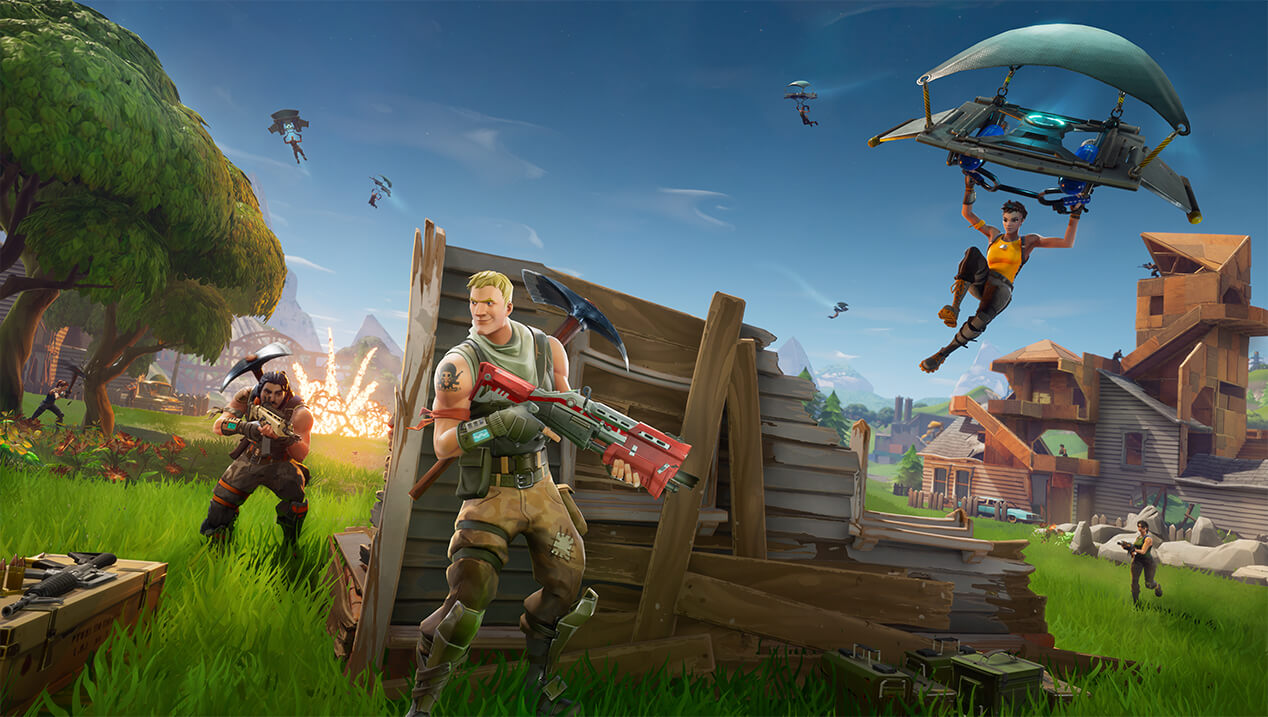 The player versus player survival game Fortnite has fascinated gamers for the past year with its wide variety of weapons and battle tactics. Now, with their new updates in software, players have a whole new spectrum of opportunities within the game. New map locations have given players more advantages when playing in the new limited-time modes that only last a few days each.

The game’s previous limited-time mode was revolving around the snipers, giving them a one week advantage replacing every weapon with sniper rifles and revolvers. But that wasn’t the only thing that was changed.

New urban areas appeared just before the limited-time mode did with a new drop zone called Tilted Towers. The Towers are now one of the biggest locations in the game giving players a new concept of battling. This wasn’t the  only new location to get a name, the western part of the map now has four new named cities.

The new cities are called Junk Hill, Haunted Hills, Snobby Shores and, Shift Shafts. The placement of the cities means that there are less ares for players to go and take a break from the major action in the developed towns and cities. But with new urbanizations comes new battle tactics. The Tilted Towers have caused players to stumble upon a new way to fight by walking around on the roofs of the Towers and surrounding buildings.

There was also a new item added recently called the “Chug Jug”. This glowing blue barrel of liquid’s function is something similar to a medkit. It fully restores a character’s health and gives them full shields which makes it one of the most powerful and useful items in the game.

It is uncertain what the creators of Fortnite have in store for gamers next but whatever that may be, it is guaranteed to keep players entertained for a long time to come.

NBA 2K17 aims captures the next generation of gamers