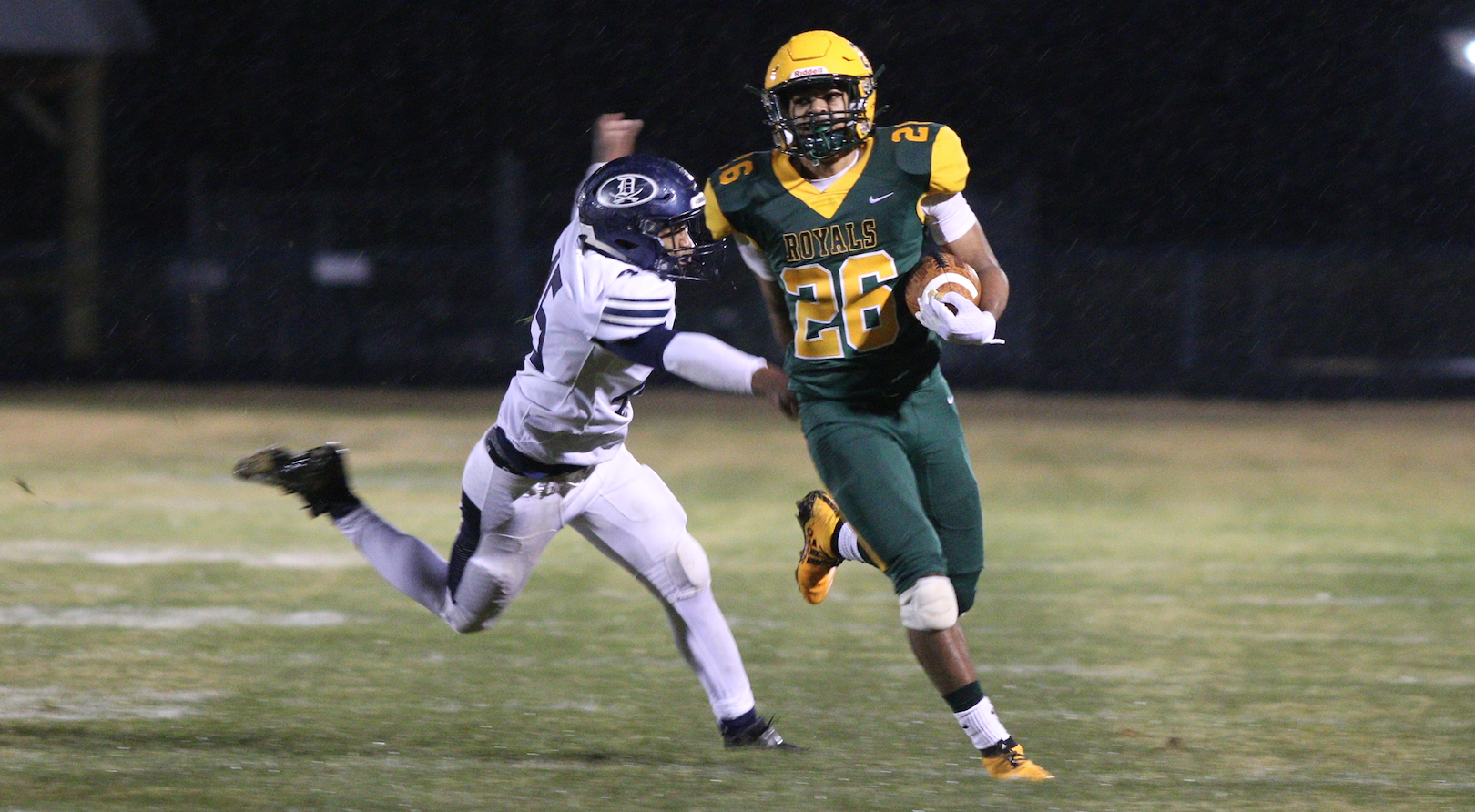 With 17 seconds left on the clock in the fourth quarter, Prince George pulled through with a victory against Dinwiddie 22-19 on Friday, Feb. 26th.

The Dinwiddie Generals held their score of 19 for the last half of the game, allowing for the Royals to pull through with a monumental win in the first game of the 2021 season. Junior offensive lineman Wesley Bostic worked hard throughout the game.

“The win shows resilience and that a lot of young people on my team stepped up,” Bostic said. “Some of our starters were down. It’s great to see that we have this team that we can continue the season with.”

The Royals scored with a 50 yard pass touchdown caught by Stephon Hicks on a 90 yard drive to beat the Generals. Going into the game with a positive mind set helped Bostic push for victory.

“I knew we could do it because we were driving down the field pretty well, so I knew we could pull off the win,” Bostic said. “It was just a matter of doing what the coach told us to do and executing it well.”

Starting with a strong win sets the stage for the rest of the season and boosts the team’s morale throughout future games.

“We go into every game thinking with a strong mentality that we have to win. This is a great way to start off the season,” Bostic said.

Varsity football coach Bruce Carroll is in his last year of coaching with the Royals. His preparation for this season was crucial and the team had to work to overcome hardships this year.

“It’s obviously been a challenge with the weather,” Carroll said. “We’re very fortunate, as far as the team goes, to have a very experienced group of guys that get along well and  know what each other are going to do on the field.

The next game is on Friday, March 5th, against Matoaca at home.