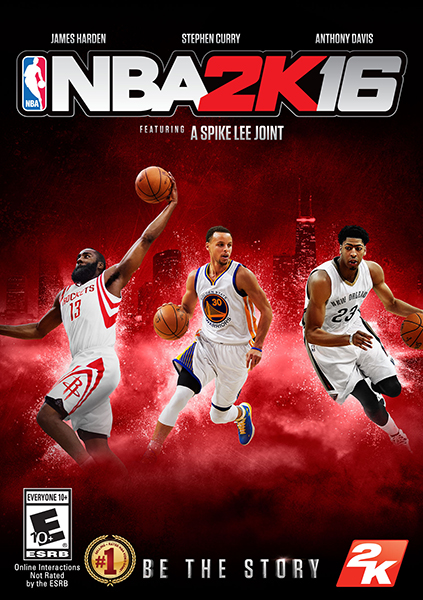 On September 29, 2015, 2K Sports released their seventeenth installment of their popular NBA 2K franchise. In this edition of the game, developers at Visual Concepts have made an expressive effort to make 2K16 more cinematic and realistic than ever before.

Visual Concepts have not only done facial scans of players, but also full body scans to make skin, hair, and even tattoos in better details. Developers have also focused on the mannerisms and reactions of players when certain events happen during the games.

Along with the new visual effects, there will be changes in the sound track with songs chosen and/or made by DJ Premier, DJ Khaled, and DJ Mustard.

The player can also completely customize an arena in which you can add any images from NBA2K.com and put it almost anywhere in the arena. The customizer can also add any logo they choose to uniforms; for instance, the player could make their jersey a picture of Andre Iguodala or any player in the league.

The 2K16 career mode is directed by Spike Lee which means it will be more cinematic than years before. Your MyPlayer career starts in high school and progresses  through college until you make it to the NBA draft part of the game where different scouts from the NBA team come to your home and talk to you. Throughout the story your character will be referred to as ‘FREQ’ which is short for Frequency Vibrations which is a name your character received in the womb for kicking a lot as a baby.

As the Story Mode progresses, Spike Lee will individually interview characters and discuss different things in the story that impact the storyline.

Staff Works Behind The Scenes To Create Yearbook