PRO: Abortion is the right of the mother and should be available everywhere.

Abortion is a termination of pregnancy by the removal from the uterus of a fetus or embryo before viability. The average length of a full term pregnancy is 38 weeks term. 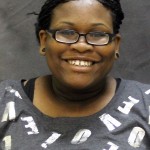 Obstetricians normally use a figure of 40 weeks, but this is actually the time between the first day of the last menstrual period and childbirth. On average, the first day of the last menstrual period occurs 2 weeks before fertilization. It is a topic that has been addressed by numerous political legislatures, partisans, and public figures with great controversy. The main arguments encompass when “life” begins, and when termination of pregnancy becomes murder of a child, and whether restriction of abortion is a violation of women’s rights.

People don’t realize that it two sides to every story and that many  pregnant women have chosen abortion for many  personal reasons, or  because they don’t have
choice. In my opinion abortion is a choice that every woman should have choice of choosing if they would not like to bear their pregnancy to term.

Many such reasons are because of rape, incest, and the danger of the mother health. A pregnancy  that is the product of rape or incest should not be forced to continue. Many woman may not be able deal with what happened to them and a baby could serve as a reminder of that trauma, which could cause the mother to treat the child unfairly or unkindly as it grows up.

In cases of risk to the mother, I believe her health is the bigger concern than the unborn child because she could die if her body cannot handle the stress of pregnancy and childbirth.

Some believe that if you chose to engage in sexual activity without using birth control you should be responsible enough to deal with the consequences but I think that just because you made a mistake you should not have to have and raise a child.

I do not think a male legislator should not be able to choose what a woman should do with her body or her life. A male-dominated legislature like our current Congress should not make an unindividualized decision that will impact that woman for the rest of her life as well as the rest of the child’s life should she be forced to raise it.

This I Believe: You Can Never Give Up Your Passion

This I Believe: If You Smile Long Enough You Become Happy