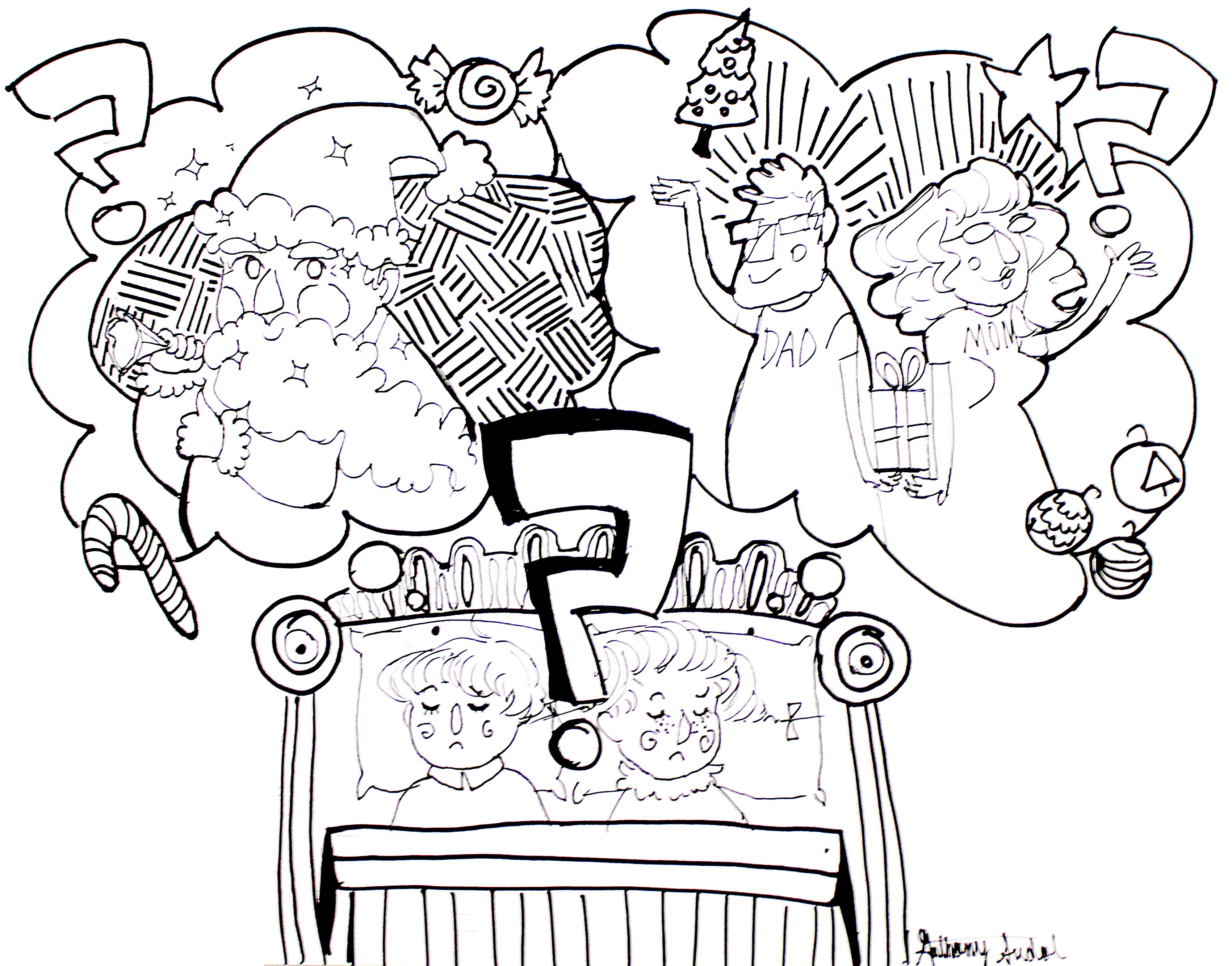 Many people have childhood memories that include setting out cookies and milk for Santa Claus and lying awake on Christmas Eve, waiting and wondering what St. Nick would set out under the tree.  In fact, 87 percent of kids between ages three and ten believe in Santa Claus.

But, if they are like most other kids, they eventually found out that Santa Claus was actually their parents, who hid their presents around the house.

Many kids, however old they are, are devastated when they find out that the source of their most memorable moments is just a story.

Kids expect to hear reindeer on the roof on Christmas Eve.  However, when they find out that it was only Dad pounding their new toys together, they are devastated.  I know I was.

The story of Santa Claus is a big part of almost every child’s life.  When they find out the truth, their sadness because of it is understandable.  Next year, around this time, they will mope and sulk, knowing that they will never again lie in bed excitedly waiting for Santa Claus.  Christmas will never be the same for them as it was when they had Santa.

As sad as it is, there is a way to avoid it in the first place.  There is the option of not telling the child that there is a Santa Claus at all.  This way, the parents, who went out and bought the presents, will actually get the credit for doing so.  It would also be easier to find out what they want for Christmas.  Parents could ask the kid themselves and not have to open and read their children’s’ letters to Santa.

If parents are unwilling to let the Santa Claus tradition go, there is a way that they can keep it, and make it easier on the child.  Some children find out that Santa Claus is not real through friends or at school.

However, instead of letting that happen, parents should tell their kid themselves.  The child will respect their parents more if they break the news, instead of hearing it from a friend and doubting it until they know for sure.  I found out through school, and I think I would have been much less upset if my parents had told me themselves.

Some people think it is cruel to give a child a vision and then have it crushed.  Some people think that is part of it, when you know there is no Santa, you start to grow up.  Maybe that is why people continue to do it, maybe it is just because of tradition.

Either way, to spare their kids the sorrow that comes with the loss of an era in their life, it would be easier for parents to tell their children themselves that old St Nick just does not exist. 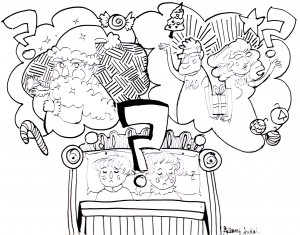 One common, beloved and very favorable childhood memory of many adults is waking on Christmas morning to the presents and surprises awaiting them under the tree.

Perhaps one of the most exciting parts of this was seeing the specially wrapped presents under the tree, and noticing that the milk and cookies they had left out had been eaten, proof that Santa Claus had come to visit them.

Children today have also been experiencing the same joy that has been felt over the years, when awaking Christmas morning to the surprises that await them. The feeling of mystery of what could be inside brings great anticipation for this day.

Unfortunately, as time passes and the children age the magic of this day brought by the anticipation of Santa Claus begins to wither. Even though in most cases the excitement is still felt on Christmas morning, the extent of it is never truly the same as when the wonderment of what Santa will bring filled their minds.

The upside to this, however, is that the children, as they grow, learn to accept this new fact of life on their own. It is not necessarily forced upon them, they just come to receive it.

If children were to be told that Santa Claus does not exist at an early age, it could take some of the bewilderment and excitement out of the expectations of Christmas morning. The anticipation that they felt before may be lessened because one of the magical things in their life seems to have been taken away from them.

However, if a child is allowed to mature and believe what they wish about Santa Claus until they come to terms with what they believe, the new sense of Christmas will not startle them- it will come gradually.

The idea of Santa Claus also brings the concepts of giving into children’s lives. It may seem that this belief of Santa Claus only shows the young people the sense of simply receiving presents, and as children think, this is possible. But if it is taught that Santa Claus is giving, with no reasons behind it, the ideas of “giving” without prior reason, and simply the idea to spread joy can also be taught to children.

At a young age, the thoughts of Santa Claus give children something to look forward to, in other words. Because smaller children may not understand the true meanings of Christmas, Santa Claus, a simple concept, can be used to express these to them on a basic level, thus helping them to understand.

This I Believe: Life is not fair

This I Believe: Kourtney Galvin

This I Believe… Wayne Epps