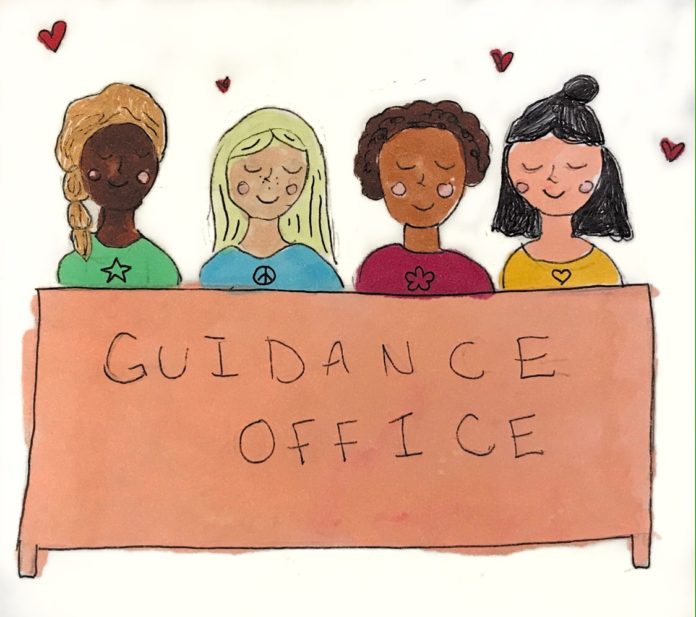 In November of 2019 at Syracuse University in New York, several racial incidents occurred on the college campus. Students of color who attend the university were the main target of these racist attacks. Racial slurs were graffitied on the walls of dorms and restrooms and these slurs were also yelled at black students on campus.

In reaction to these violent attacks, students on campus took notice and started a movement called #NotAgainSU, protesting for a change for the future and environment of the university. Students made a list of demands they wanted the chancellor of the school to agree to. One of the demands being to agree to hire more counselors that properly represent a variety of identities on campus and provide counselors with language fluency before the next school year.

As the country begins to become more diverse, there is a need for more representation in almost everything. Guidance counselor, Philip Jones, shares his experiences regarding this topic.

“I recall vividly the experience of being a student of color at a predominately white institution during my undergraduate years,” said Jones. “I do believe that it can be beneficial and significant for students of color to be able to seek after counselors of color. In my opinion, the significance lies in the fact that counselors of color can oftentimes relate to similar experiences that may be encountered by those students.

Jones believes that not every person is the same and one person may not have the same experiences as another person.

“I will say, however, that the minority experience is not the same for every person of color which means that the challenges that one person sees may not be the same for another as related to people of color,” said Jones.

Jones discusses what he thinks about the amount of representation in the high school counseling office.

Jones mentions how he has had students of color come to him for counseling because they felt comfortable seeking help from him.

“I can think of many examples where students of color have noted that they felt comfortable coming to me as a counselor of color because they believed that would be able to relate to their issue more effectively,” said Jones. “The aforementioned does not seem to happen as much with those who are members of non-minority groups.”

When asked how a school can provide students of color with counselors that can help them with discrimination or with other problems affecting them, Jones stated that counselors of color may not be necessary to help solve some student’s problems.

“The answer to this question could be a complex one,” Jones said. “The reason is because counselors of color may not necessarily be the total answer for solving the issue of students who deal with discrimination and other potential race-related issues.  Again, a counselor of color may not have necessarily had to experience the same sort of issues which would not make those issues as relatable to them.”

Jones mentions that counselors should have the opportunity to participate in a diversity training. At Syracuse University, one of the other demands was to allow counselors to go through diversity and inclusion training to help them see the world through the perspective of students who might be of a different race, gender, or religion.

Diversity in the counseling office and in school’s aound America is an important topic in today’s society. Jones shares his thoughts on this issue.

“I have not specifically faced any problems like this,” Jones said. “It is entirely possible that I have presented an issue to someone that they ultimately did not understand because of the racial differences between us two. Issues like this only work to accentuate the need for more counselor of color and even more diverse counselors to be able to relate to students of color.”