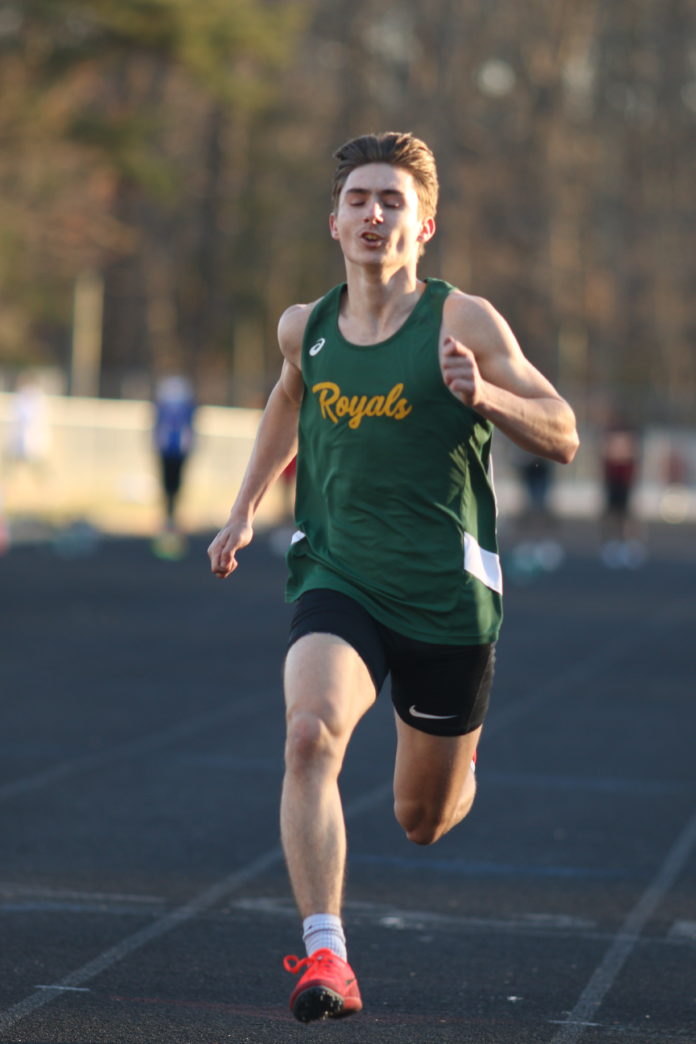 As the sounds of motivational mantras and running footsteps fill the track, the track team continues to attend meets and practices this winter season.

Even though this season has been different for members and coaches, the track team remains strong and motivated in times of uncertainty. Junior Leilani Uribe discusses her viewpoint on how hard the season has been for her and the team.

Though the season has been very different for members of track, many players do not let this get in the way of doing what they love.

“For me track has always been “run, run, run”. I don’t let the coronavirus or anything get in the way of that.” said junior Ryan Smith, a member of track since the ninth grade.

Uribe expresses how she thinks she has done this winter season.

“I think i’ve been doing well.” Uribe said.”I feel like as I practice more and put in the time and dedication into track I will get better.”

Track coach Mr. Stevens discusses the challenges he has encountered while coaching members of track due to covid regulations and guidelines.

“ It has been difficult due to the fact that I am an in your face type of coach.” Stevens said. “ Regulations have changed how I approach kids because they all are different and motivated in different ways.”

Stevens also expresses the challenges that the track team has faced this season.

“It’s been challenging because it’s indoor track and meets indoor are special.” Stevens said. “Since we have so many restrictions for indoor activities we have only been able to run outdoors in the cold.”

Stevens discusses how the track team keeps him motivated as a coach even when times are difficult.

“It’s not hard to Coach when you have kids that allow you to push them past what they think is possible.” Stevens said. “Day to day things change but coaching kids to be great remains a constant with PG Coaches across the board.”

Even though this season may not have been like other seasons before, many of the players have still stayed motivated regardless of the conditions. Smith discusses his key in staying motivated while running during track.

“ I have always had a mantra in my head, it’s “go one more”.” Smith said. “I write it on my wrist where my watch goes during meet and when I start to feel tired and hurt I look down and keep going.”

Three Up Three Down Podcast With Emilio Story