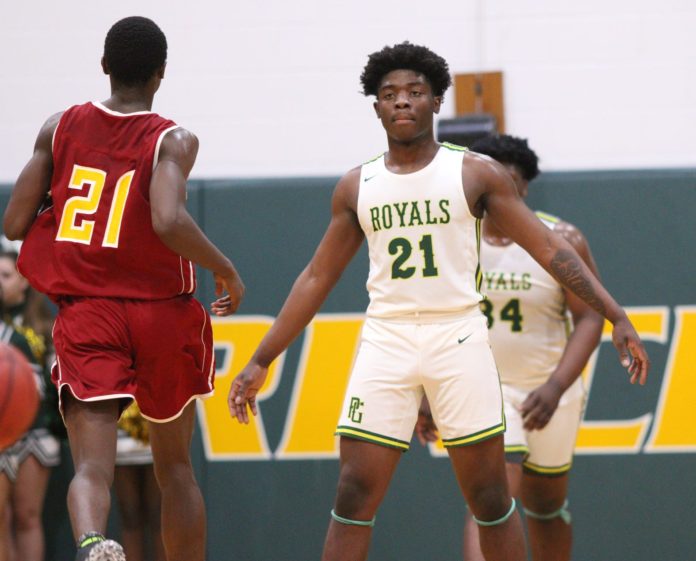 On Tuesday, January 14, the varsity boys basketball team celebrated their win against Petersburg, 68-56. After a victorious three game week last week, the Royals were ready to bring the heat.

Leading the team throughout the game was sophomore Curtis Allen who put up 21 points on the board to help lead his team to victory. Another major contributor was Khalif Dickson who put up 12 points against the visiting Crimson Wave.

For more photos of the game visit:
https://trnwired.smugmug.com/Sports/Winter-Sports-2020/Boys-Basketball-vs-Petersburg/

Triangle And Two Podcast With Coach Carr And Johnny Soto