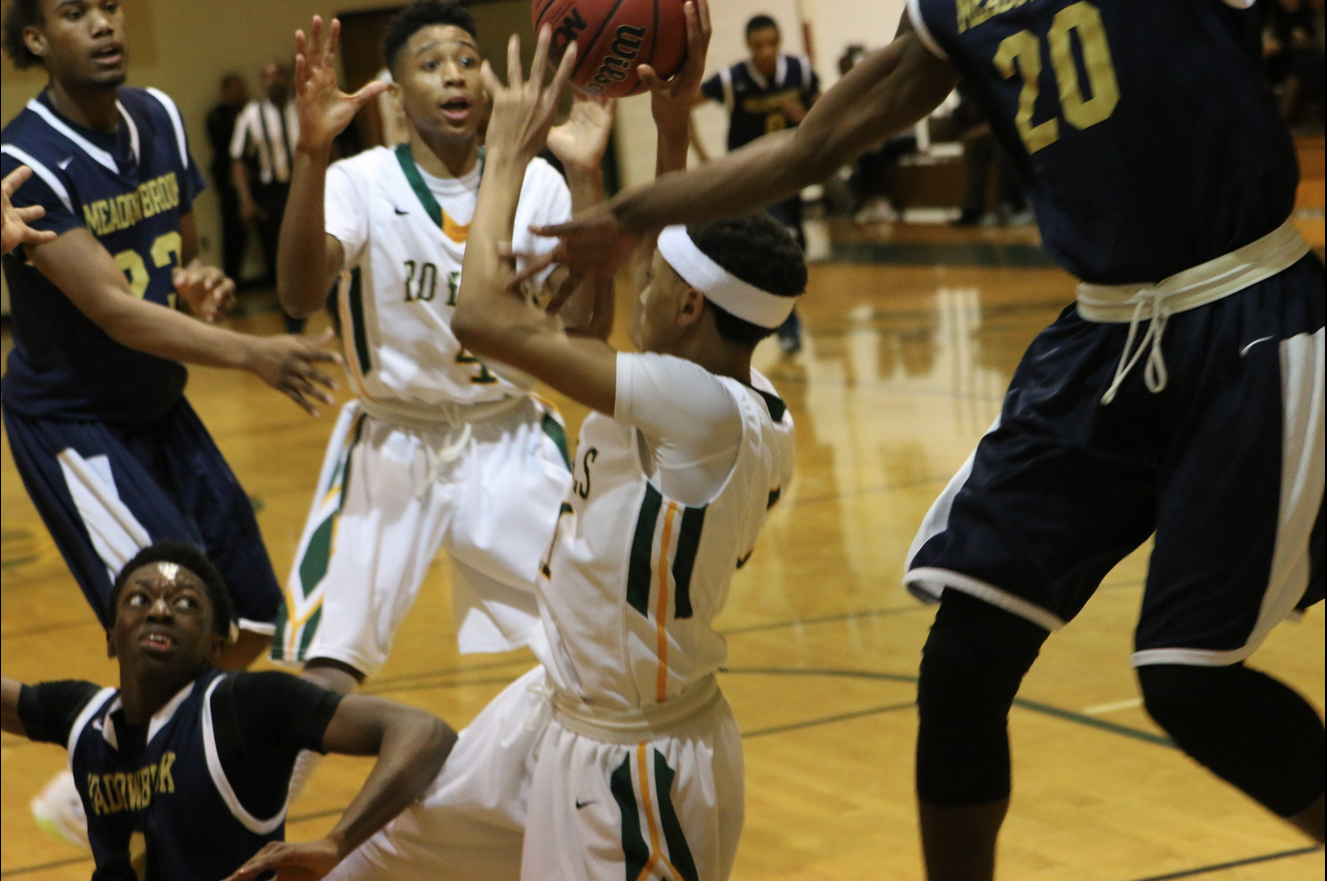 The varsity basketball team went head-to-head with Meadowbrook last night at home. Prince George lost by a score of 52-73 despite a late-game push by the Royals to attempt to regain control. Junior Corey Hill led the team in scoring with 13 points, and senior Quincy Cunningham was honored for scoring his 1,000th career point on December 12. Junior Karl Jones was second in points scored with nine.