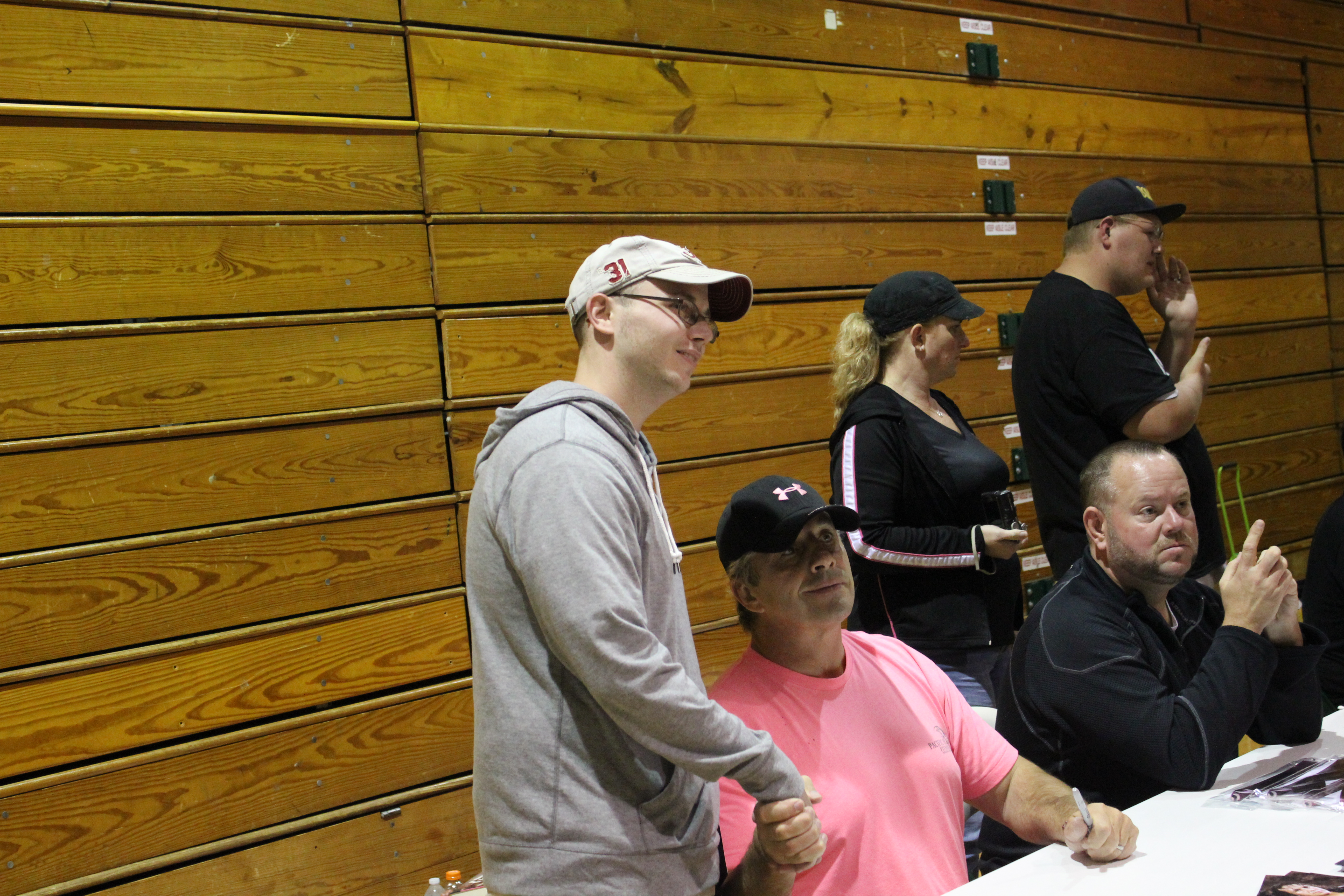 On Saturday October 11,2014 500 people packed the gym as Big Time Wrestling presented the Fall Legends Tour with special guest Bret “The Hitman” Hart. Hart along with many other stars including hall of famer Ron Simmons, Earl and Dave Hebner, The Patriot and ECW Original Sabu. There was an autograph session that started approximately at 5:15 p.m. The guest of honor Bret Hart was a little bit late. Fans were worried they would not get to meet the Hitman. Coach David Emory announced that Hart would be arriving shortly. At 5:45,The Hitman showed up to a long line of fans waiting to meet the Hitman. Coach David Emory helped organize the event as a fundraiser for the athletics. 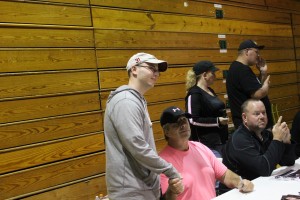 “Last time Big Time Wrestling was here, we ended up having a sold out show. I figured the best thing to do for a fundraiser was to bring professional wrestling back to the school, said Emory.”

This past March, Ric Flair was the guest of honor and that night $10,000 was raised for the athletics. It was a good amount of money raised but not equal to the money raised last time.

“We raised $4,000 for the athletics. That money covers baseball, wrestling and other sports. Many things were raffled off including coupons, tickets to other pro wrestling events, and much more. The money that was raised came from event ticket sales, autograph session, and concession stand sales, Emory said.

Coach Emory participated in the event by getting in the ring and also signing autographs for his fans.

“It was a neat experience to team with the Patriot and WWE Hall Of Famer Ron Simmons. Its one thing getting a autograph from them but when you get to walk down the aisle with them and get in the ring with them then you know its cool, Emory said.”

Bret The Hitman Hart was in the building but so was the referee that cheated him out of his title in what is one of the biggest conspiracy theories in wrestling called “The Montreal screwjob. That was the first time they have been in the building together in over 17 years. Both men stood in the center of the ring, when they decided after 17 years to call a truce.

“After 17 years, it is great to see Earl and Bret make peace. They both got the bad end of the deal and it affected their careers, Emory said. It will go down as the most historic moment that we will ever have in this school.

The main event was a match between tag team specialists Matt Hardy vs. ECW Original Sabu.This match was sported as the Prince George County Street Fight. There was a lot of brutality in this match. Chairs were being thrown and photographers were around the ring.Hopefully none got hit.At the end of the match Matt Hardy was a winner.Big Time Wrestling stated they hope to come back next spring to support the athletics.