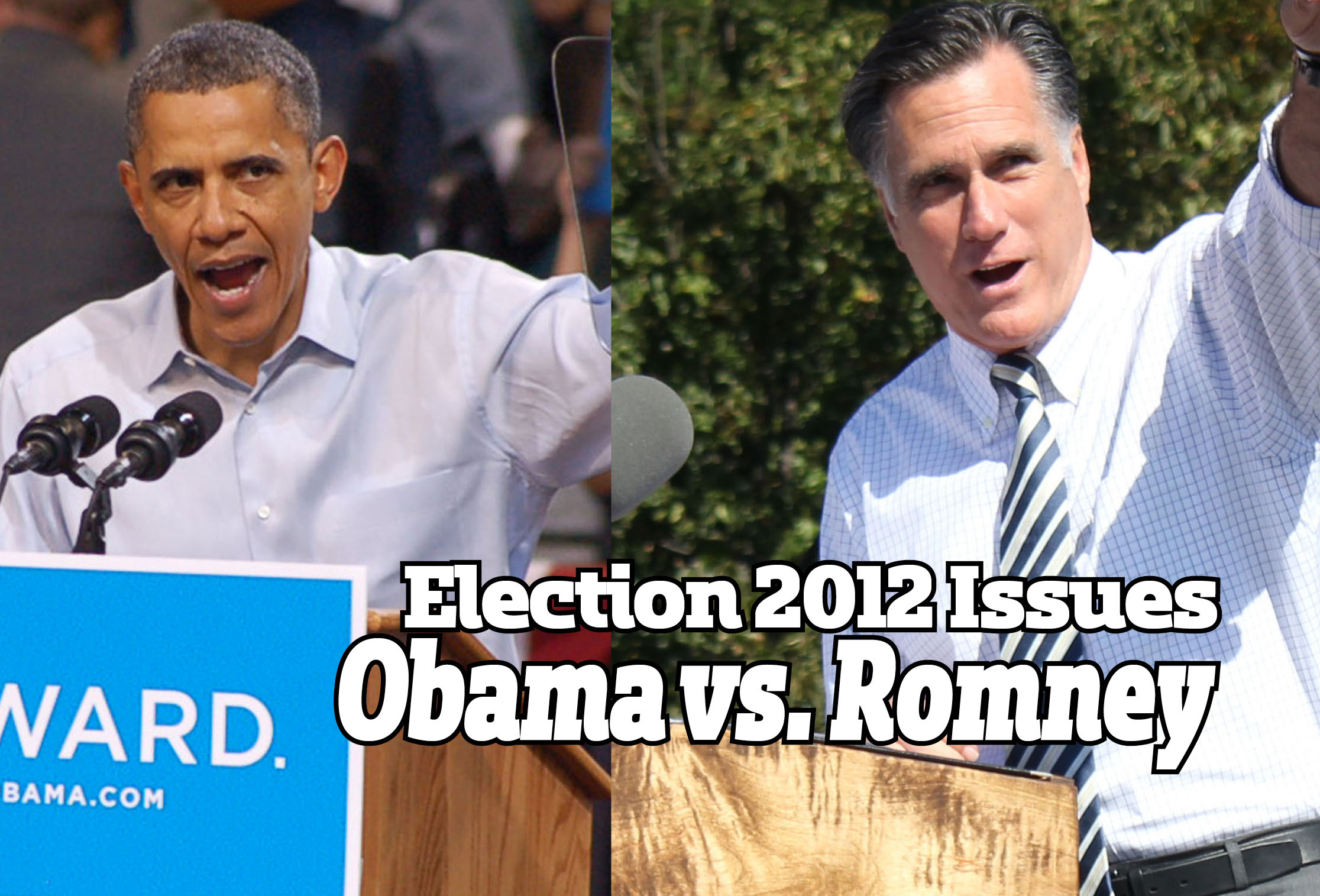 Romney wants to expand the use of charter schools and hold teachers and students accountable by requiring a rigorous test in order to graduate.

Romney plans to cut taxes by 20% for individuals and 25% for corporations.

In order to curb illegal immigration, Romney wants to build a fence on the Mexican border but provide residency to immigrants with advanced degrees. He will strictly enforce immigration laws.

Romney plans to repeal the Affordable Care Act and has new ideas that will give the power of health care regulation to the states.

Romney is pro-life and for the repeal of Roe v. Wade.

Obama believes the Constitution is a living document and does not believe in strict construction.

Obama wants to limit gun purchases to one per month.  He supports the creation of safe, clean nuclear power plants.

Obama passed the Affordable Care Act (Obamacare) which is an attempt to provide nationwide affordable health care.  He is pro-choice and supports partial birth abortions.

Obama is for gay rights and opposed to the Defense of  Marriage Act.